On August 30th 2013 at 6pm, the leaders of Johnson City Tennessee gathered to acknowledge the contributions and sacrifices of our many Veterans and to rededicated a WWII era Doughboy statue.  A special guest was the first commander of the Science Hill High School Junior ROTC Commander, Class of 1939.  Our Cadets enjoyed meeting and interacting with this important member of JROTC Alumni as well as taking an active part in the statue's rededication ceremony by providing a Color Guard and and Honor Guard.  Well Done Cadets !  And Well Done Leaders Of Johnson City, Tennessee !!!

Veterans and members of several civic groups turned out Friday afternoon for the ribbon-cutting ceremony for Veterans Plaza and the refurbished Doughboy statue on the grounds of Memorial Park Community Center, 510 Bert St.

Just after the Johnson City Community Band played as people found seats, Johnson City Mayor Ralph Van Brocklin kicked off the event, speaking for the city, giving thanks and praise to veterans.

“It’s the city commissioners’ honor to honor those who’ve served,” Van Brocklin said, citing the hard work of commissioners past and present who made the Doughboy statue and Memorial Park possible.

The project, which totaled $1.4 million, centered around a green grass, 350-person amphitheater with wheelchair accessibility. The Doughboy statue had been moved for the first time in more than 75 years, unbolted from its spot to be moved into the new location.

Van Brocklin was given a Prisoners of War flag from World War II veteran Ernest Burleson, who continued to receive praise, shaking hands and taking photos throughout the event.

State Sen. Rusty Crowe, R-Johnson City, who came from a military family, said he had grown up to honor veterans from a very early age.

“I was taught early on that veterans cared more about liberty and freedom than their own lives,” Crowe said.

He also brought a message of proclamation from the state Senate to the ceremony, where the senators collectively called the ceremony “a fine tribute to veterans, past and present,” and referred to the park as “a place of honor.”

The ceremony concluded with members of the City Commission and veterans cutting ribbon in front of the Doughboy statue just before a somber playing of “Taps.”

Carl Morris, who served during the Cold War and Korean War, was proud to see so many people talking with veterans about the past.

“It’s great because we’re at a time in history where we need to support our veterans,” Morris said. “People would learn a lot from each other if they talked to each other like they used.”

Morris’ ideas of conversation between generations were represented in members of Science Hill High School ROTC program, who excitedly appreciated speaking with the veterans at the ceremony.

Senior David Adams, a cadet major hoping to get into West Point, said it was an honor for him. Adams said he spoke to a veteran who was in the first class of Science Hill’s ROTC program more than 70 years ago.

Timothy Tribble, a sophomore with the rank of corporal, felt inspired in hearing the stories of all the veterans he met.  “Today, it’s been an honor to be here,” Tribble said. “To talk with the veterans, hearing their stories. It’s history. It makes me want to serve my country, too.” 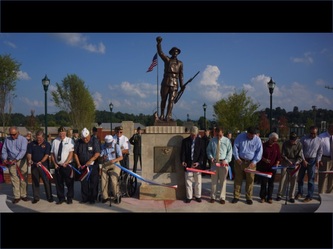 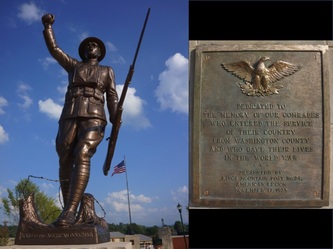 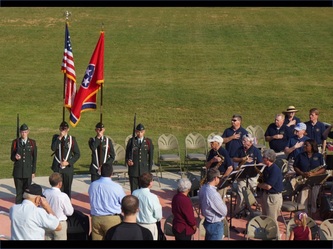 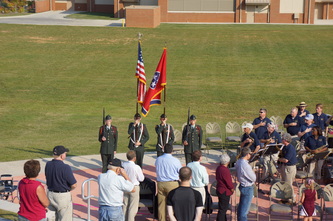 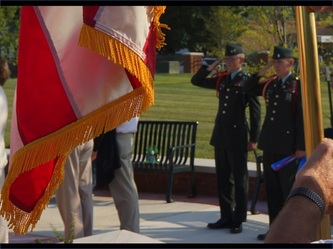 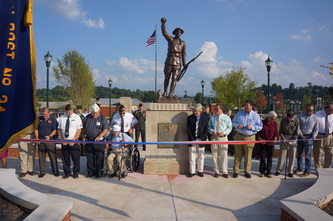 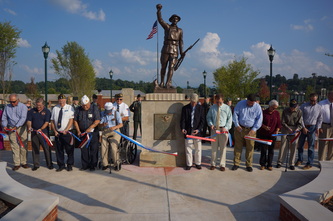 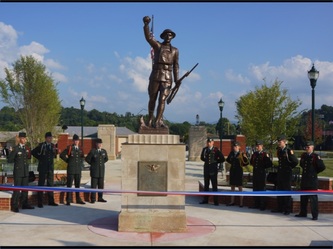 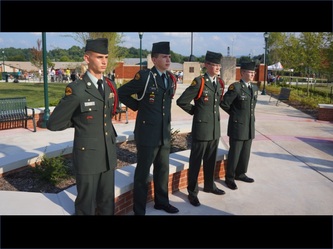 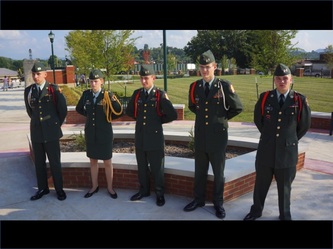 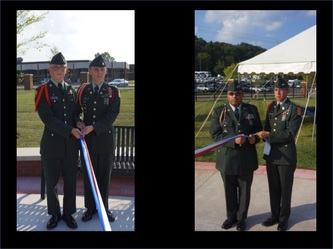 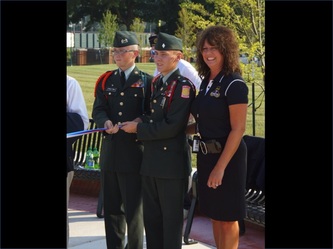 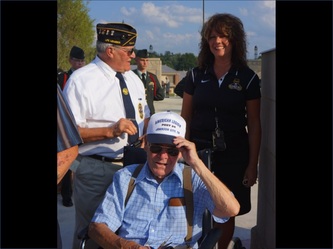